Mark was the first Gospel to be written and was the main source for the Gospels of Matthew and Luke. The overall impression on first reading Mark’s Gospel is the immediacy of the language, it is action packed, quick. It was written before 70 AD – probably between 62 and 65 and may have been written in Rome for the Christian community who were in a precarious situation under Nero and subsequent rulers. The gospel was also circulated to a wider group of house churches.

It is not known with any certainty who wrote the Gospel, there are two main thoughts on the subject, but it is quite widely thought that it may have been Mark the Evangelist, or John Mark, who has both a Roman and Jewish name. John Mark was, according to tradition, born in Cyrene and some accounts say he was brought up in Alexandria in Egypt, his father being Roman and his mother Jewish. They probably left there during Jewish persecution, or possibly following his father’s death, and travelled back to Jerusalem. His mother was presumed a widow by the time of Jesus; it was at their house the disciples gathered after the crucifixion. He may have been the young man who fled in Gethsemane leaving his garment behind (14:51-52) – this is only mentioned in Mark and it would not have been appropriate to state his own name (for custom and safety). His mother was called Mary and was related to Barnabas, who was therefore a cousin of Mark, or possibly uncle.

Mark later travelled with Barnabas supporting Paul on one of his missionary journeys but went home part way through, thus upsetting Paul who refused to take him next time – he took Silas instead and Mark and Barnabas travelled together – but the rift was later healed as he was with both Peter and Paul in Rome.  He may have been good at languages and therefore helpful to Peter who referred to him as ‘my son.’ (1 Peter 5:13)

It is thought that Mark got his information from Peter and there is some evidence from the text. Peter had a close relationship with Mark and, according to a non-canonical writing (c180), it was written at Peter’s request.  More of Peter’s mistakes are shown compared to the other gospels and Mark adds ‘and Peter’ to the angel’s instructions about the disciples after the resurrection (Mark16:6-7).

Mark’s particular interest is in what Jesus did – healing, not teaching. Other gospels focus on what he said. For example, Mark says more than the other gospels that Jesus went about teaching with authority but does not give much content of that teaching. He has no secondary agenda – only believe in Jesus, – ‘authority’ is emphasised, not content. He records only 6 parables as against 21 in Matthew and 29 in Luke. Mark also emphasizes the Passion, predicting it as early as chapter 8 and devoting the final third of his Gospel (11–16) to the last week of Jesus’ life.

More details are given in several accounts, particularly those involving people.  For example, he tells us that the witnesses did not agree at Jesus’ trial and that the cock crowed twice. He records Jesus reacting with emotion more often than the other gospels, and also Jesus’ use of Aramaic during healings. In Mark 3:32 he adds ‘and his sisters’. These, amongst other references, seem to show personal recollections of Peter or were recorded nearer the time by eyewitnesses. Mark 3:32

This gospel has no genealogy, no journey to Bethlehem, no birth narrative, no visit of wise men, no post resurrection appearances (the latter part of Chapter 16 is a later addition). The whole ministry of Jesus takes place in one year.

Building community through the love of Christ 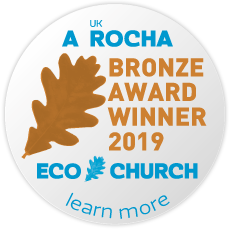